Hi!  I’m bs king, a grad student in applied statistics who likes to think about how people feel about numbers and how numbers make people feel. You can contact me here. 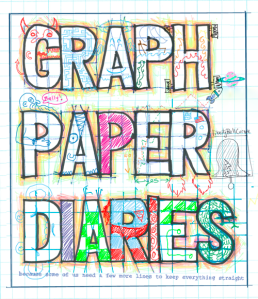 My blogging: This blog is loosely centered around the idea of statistics, education, data usability, media criticism, and cognitive biases and the different ways we can be wrong. It’s generally a place I use to straighten out my own head and experiment with different ways of communicating stats related ideas.

My background: I have one degree in biomedical engineering, one in psych (marriage and family therapy), and about 2/3rds of a degree in applied statistics. I like taking the scenic route.

My day job:  I work in a hospital mostly doing lots of projects that require strange mashups of clinical and administrative data with the goal of improving or redesigning various parts of our process. I like knowing what people are doing, what they think they’re doing, and what the numbers say they’re actually doing. I also do some consulting on survey design and data analysis, as it brings me one step closer to my overall goal of turning everyone into a number so they can be parsed more easily.

The illustrations: My logo and the little icons you see are done by my awesome/talented/graphic designer cousin Jamison. See more of his work here. I have a few of my own drawings on here to, but as a general rule if they look good, they’re Jamison’s.

The longer version: I got my degree in engineering because I thought I’d like solving tricky problems with numbers. Unfortunately, I got pretty sick during college and barely made it out with a degree. With my health still a little iffy and no better ideas I got a job in a large emergency room because it sounded exciting. A few years later I moved to a clinical lab because it made more money, and generally spent my early 20s feeling a little intellectually lost (for more on that, see here). At some point, burned out on being locked away in a lab all day, I decided to change tracks entirely and go back to school at night to get a degree in marriage and family therapy. Since the “solving tricky problems with numbers” thing hadn’t worked out, I figured I’d start trying to solve tricky problems with people.

While I was working on that degree I transferred into a job as the data specialist for the lab I worked in and became absolutely obsessed with quantifying how we were operating and using that information to make improvements. It turns out that solving tricky people problems with numbers was something I got REALLY excited about. About a year into that job it became apparent that I was much better at that than I would be as a therapist, so when I got the chance to move into a job that was nothing but data projects, I took it.

Quality improvement, process improvement, analytics and how to use data accurately took over not just my professional life, but also took over a lot of what I thought about in my free time. Every time I saw a news report or political ad that involved data, I would critique the numbers to anyone who would listen. When the people in my personal life got sick of me, I start my first blog “Bad Data, Bad” to have somewhere to vent my stats related frustrations. I had so much fun writing about this stuff that I ended up going back to school (again) for a degree in applied statistics. I wanted to know more about the field, the methods used, and to really wrap my head around how statistics could be used to provide clarity about problems and teach us about the world around us. The blog went on hiatus for awhile, but eventually came back as Graph Paper Diaries, which is where you are now.

Interestingly enough, I’m not actually the first person in my family to get obsessed with the idea of bringing statistical methods into places they are needed. My grandfather wrote a stats based newsletter for 12 years back in the 1970s and 80s, trying to convince manufacturing plants that they needed more statistical rigor to control their processes. One of the last conversations we had before he died was him asking me for advice about how to convince his nursing home to adopt better performance metrics. For both of us, stats and improvement is more than a profession, it’s a way of understanding the world. You can see some of his work here.

Coming from a non-traditional background, I am obsessed with the idea of “data usability”, or how people can use data to actually solve problems and understand the

world around them. Even when I was working minimum wage jobs with no degree required, data and statistics were thrown at me every day. They are in our news stories, thrown at us by bosses and executives trying to change the way we work, politicians and pundits trying to change the way we think, and nearly everyone with something to sell. Understanding those numbers is one of the best defenses against bad thinking and bad ideas. That’s why I ramble on about them so much on the internet, and that’s why I get so worked up about this stuff.

One thought on “About”