It will probably come as a surprise to absolutely no one that I grew up in the kind of household where the exact range of probabilities covered by the phrase “more likely than not” was a topic of heavy and heated debate. While the correct answer to that question is obviously 51%-60%1, I think it’s worth noting for everyone that this sort of question that actually has some scholarly resources for it.

Sherman Kent, a researcher for the CIA decided to actually poll NATO officers to see how they interpreted different statements about probability and came up with this:

Interesting that the term “probable” itself seems to cause the widest range of perceptions in this data set.

A user on reddit’s r/samplesize decided to run a similar poll and made a much prettier graph that looked like this: 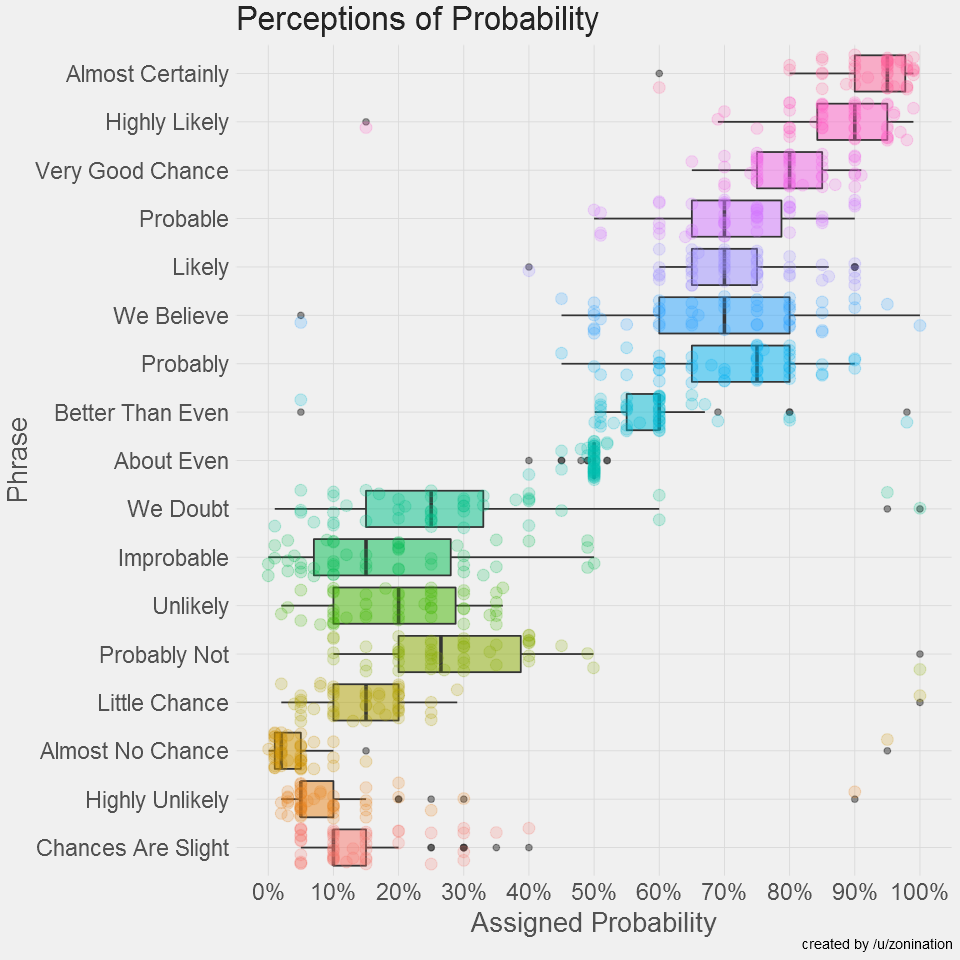 The results are similar, though with some more clear outliers. Interestingly, they also took a look at what people thought certain “number words” meant, and got this: 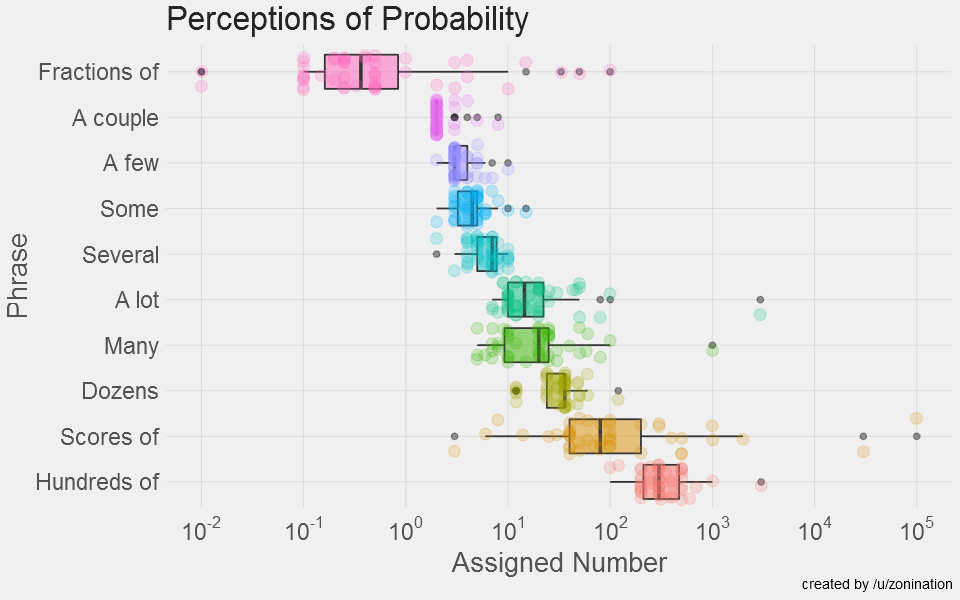 This is some pretty interesting data for any of us who attempt to communicate probabilities to others. While it’s worth noting that people had to assign just one value rather than a range, I still think it gives some valuable insight in to how different people perceive the same word.

I also wonder if this should be used a little more often as a management tool. Looking at the variability, especially within the NATO officers, one realizes that some management teams actually do use the word “probable” to mean different things. We’ve all had that boss who used “slight chance” to mean “well, maybe” and didn’t use “almost no chance” until they were really serious. Some of the bias around certain terms may be coming from a perfectly rational interpretation of events.

Regardless, it makes a good argument for putting the numeric estimate next to the word if you are attempting to communicate in writing, just to make sure everyone’s on the same page.

8 thoughts on “Linguistic vs Numeric Probability”